From your resident Bruja, Giraffe, and Batman. 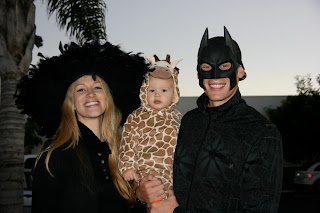 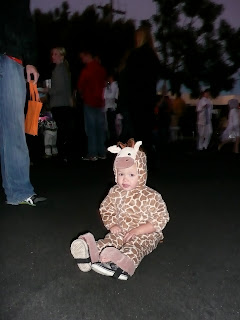 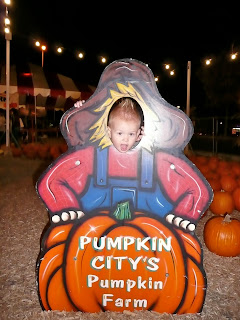 We visited the local Pumpkin Patch for some Halloween fun. Cash loved picking up the pumpkins and throwing them. Luckily none of them broke. Whenever he would get to a big pumpkin, he would just take a seat, but his goal with the little ones was destruction. 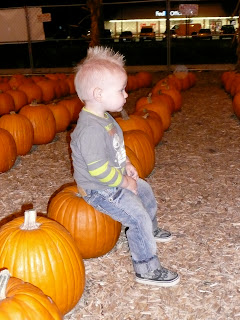 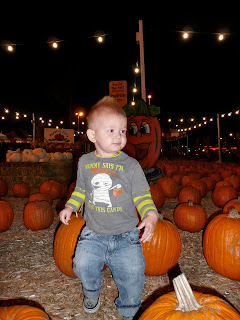 He was initially really scared of the pony, but then he found his groove and started riding with no hands. I was so proud of him. Concurring his fears one pony at a time. 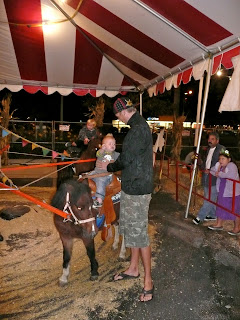 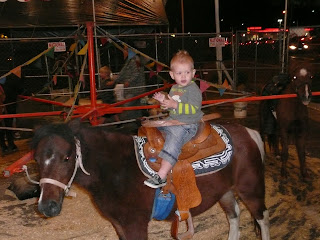 The Patterson's at the Pumpkin Patch October 2010 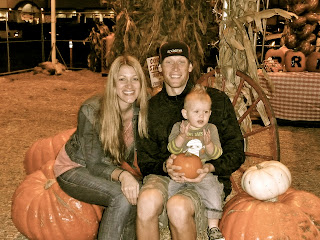 Posted by Lexi Patterson at 2:43 PM No comments: