Grandpa Patterson is a superhero in our house

Casey’s Dad came for a visit in February. The Patterson's moved up to Utah right before we moved to Puerto Rico, so we aren’t able to see them as often as we would like. He was in town for a job, so we were lucky enough to have him for a sleepover. Grandpa Patterson is considered the next best thing to Dad in our household. And that’s saying something. Daddy is the best. Grandpa is the second best. And Mommy falls somewhere after that. At least in Cash’s mind. I think I am still at the top of the list in Guy’s eyes. But I’m sure he’ll soon grow to admire his Daddy and Grandpa as much as his older brother does. Cash spent every second he could either in Grandpa’s lap or following him around the house. And if he didn’t see him for a few minutes he would say, “Where Grampa go?” I am grateful that my boys have these two wonderful Patterson men to look up to. Superheroes have nothing on them! 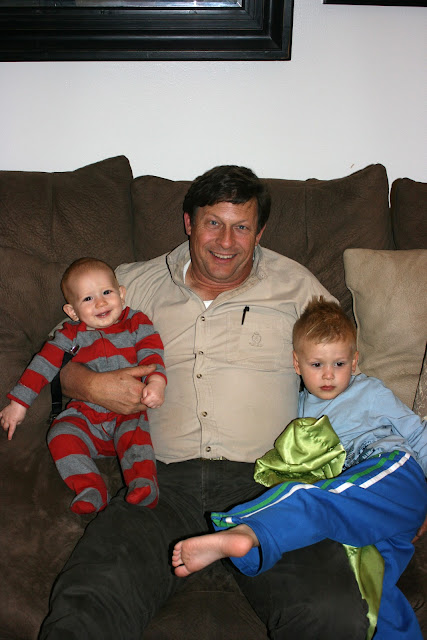 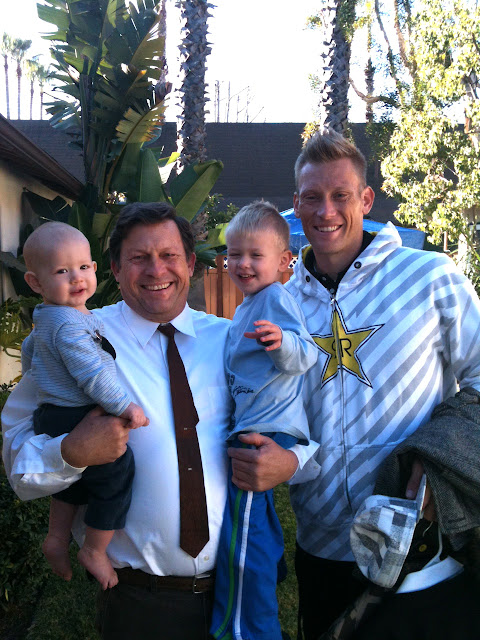