Casey has started the beach volleyball season. This year he is playing with Brad Keenan and competing in the international league, FIVB. He started off the year with a trip to Brazil. They went through the qualifier and made it into the main draw ending up in 9th place. Pretty good for Casey's first showing internationally. He came home for Easter weekend and then left four days later for Japan and China. He will be in Japan first, then China for a tournament, then back to Japan for two tournaments. His return date is May 15th. I'm due with our second baby boy on May 17th. Oh boy. We're praying that I'll be late and everything will be okay. I'll be in shambles if I think about it too much. I was already emotional enough about him leaving for so long. Whenever I start to think about him being absent for the birth, I start panicking. I just keep reassuring myself that everything will be okay. Everything will be okay. Everything will be okay. You get the gist.

Before he left, we spent a lot of time just cuddling and hanging out at home. We had a great four days. 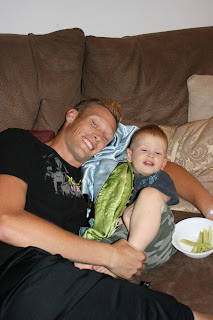 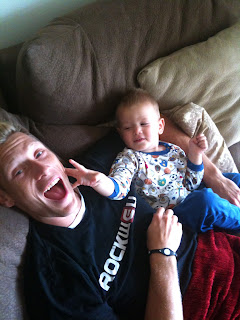 Casey has only been gone four days and we already miss him so much. I started pulling out all of the baby gear and Cash has decided that the infant car seat is his own personal recliner. This sweet little boy has no idea what's about to rock his little world. It's going to be a huge adjustment for him to not be the center of attention around here. But I'm so excited for him to meet his little brother. Just hold tight until Daddy gets home little guy. 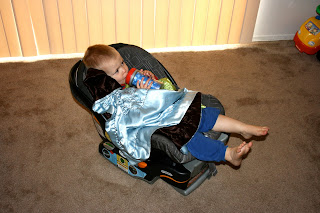 Posted by Lexi Patterson at 5:56 PM