I love Halloween! I'm actually obsessed with most holidays. They give me a chance to act like a kid, eat fun specialty foods, and party with friends and family. And I guess you could say I like dressing up. I was going through my old pictures that I scanned and I found some great examples. 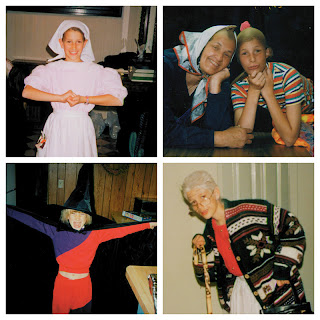 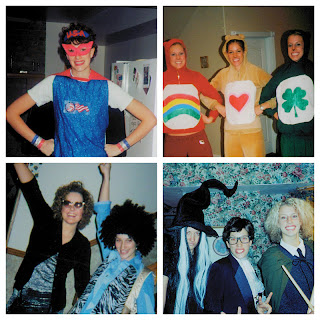 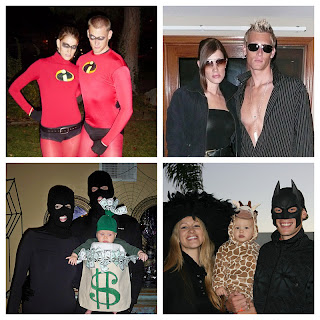 Pretty incredible, right? This Halloween offered me all of the things I love about holidays and more. We celebrated by carving a pumpkin, watching marathons of Halloween movies, making caramel apples, dressing up, hitting up the ward trunk-or-treat, and eating way too much candy! 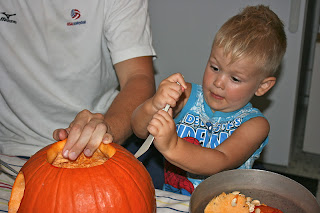 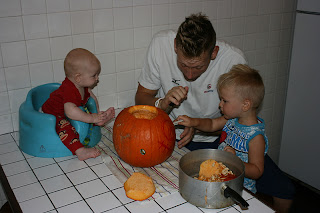 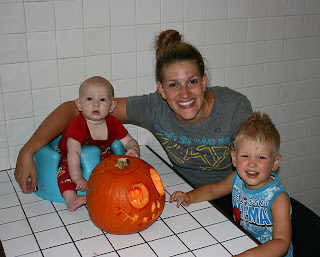 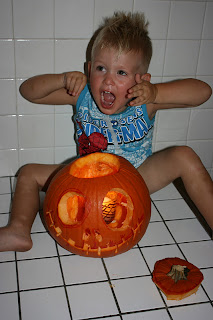 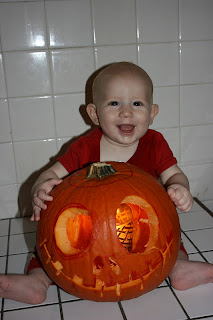 Cash loved carving the pumpkin but as soon as we put a candle inside of it, the pumpkin became "Scawee" and then he would make his scary face. Now he has a fear of jack-o-lanterns. Oh yeah and ghosts. I think we watched too many of the scary movie marathons on TV. Guy was just along for the ride. The one thing that Cash did love was trick-or-treating. He would walk up to each car and say, "Twick o Tweat" and then "Tantoo" (thank you) before he would even get candy. He was addicted as soon as we started. He made the loop in the parking lot two times and then he ran off to do it some more on his own. He kept running back to us and yelling, "Tandy!" And after we acknowledged him, he would say, "Yeah!!!" and nod his head. He is in such a funny stage right now. He's talking more and more and he's really expressive. Halloween is so much more fun with a kid that enjoys it as much as I do. 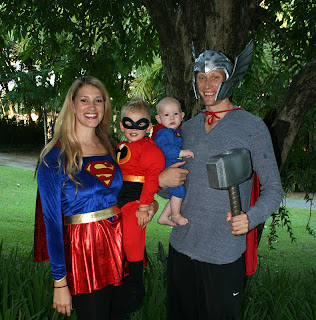 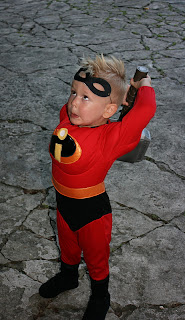 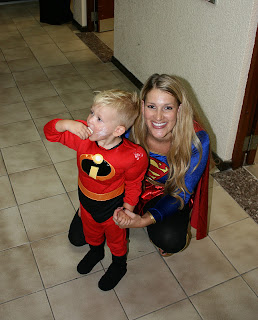 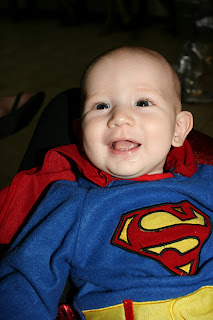 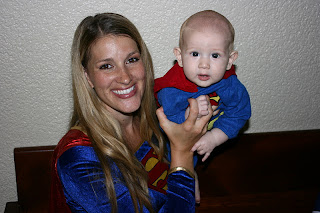 Posted by Lexi Patterson at 9:14 AM

Yay! So many cute pictures. My favorite ones are the one of Casey holding Cash for a drink of water (super cute) and the one of you and Cash making the same face at the bottom of the page. Oh, and of course all your costumes. Hilarious! Where's the picture of you as Peter Pan though? :)

Hi Lexi. I love the trip down memory lane through your costume days. You guys look awesome as super-heros. This year and the time you and Casey were the incredibles. I think we're pretty similar in a lot of ways I never even knew. (both loving Halloween..and all holidays.) Little Cash looks amazing.

You look so awesome! Love the super heros. And you and Casey rocked those Incredible costumes!! :)

Ummm this is amazing!!~ I had no idea you were SO into costumes. You have some of the best I've seen. You and your family are picture perfect for the word "love". Such a beautiful family. Miss you Lex.

I love Cash's scary face. It is so adorable. I can't believe you guys are back to Puerto Rico. What an adventurous life you guys have.

care bear staaaree!!!! loved those costumes. and i love your little superhero family!

cute costumes! we miss you over here....but it looks like you guys are having a blast - enjoy it!