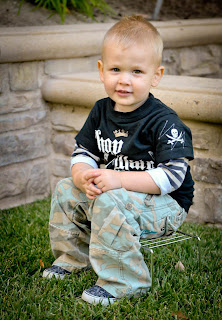 My little Cashman is two years old. Time is flying by and now he's my big boy with a little brother! We celebrated a full day of fun for this funny little boy. We started the night before with red velvet cupcakes from scratch. Cash loves helping me in the kitchen. Anytime I start to cook anything, he grabs a chair and pushes it over from the table. He's my little helper. 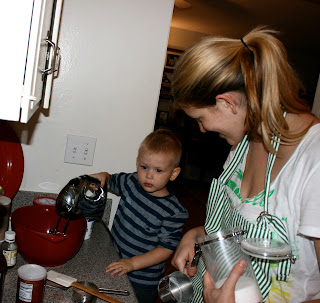 We started off the day with oatmeal pancakes and a few cupcakes. Then we planned an impromptu party at Frogg's Bounce House for kids. Cash loved bouncing around with Dad, but did not want to stop for a picture. They had a little room for karaoke and he was loving it. He loves acting embarassed when I call attention to him, but at the same time he loves putting on a show. He is so funny. Cash loves to dance more than anything. He hasn't caught onto singing just yet, but he kind of makes noises and holds them which might be his version of singing. He's such a ham. And he knows it. He likes to look around and make sure people are watching him before he does something. Like father like son. 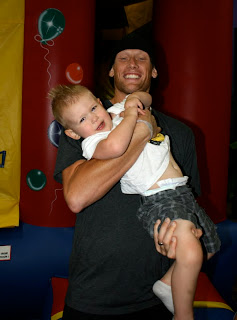 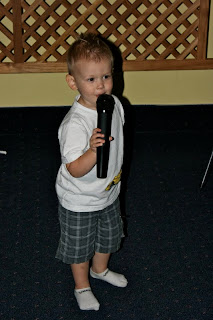 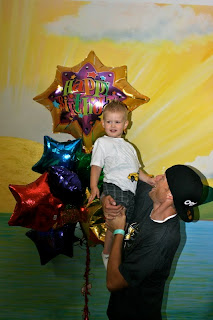 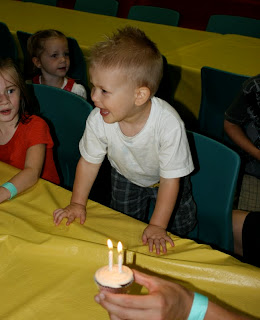 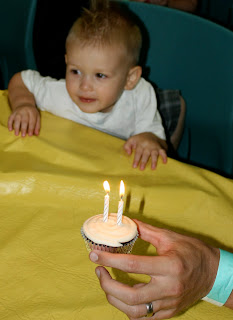 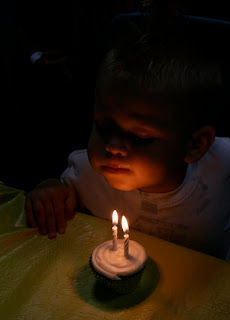 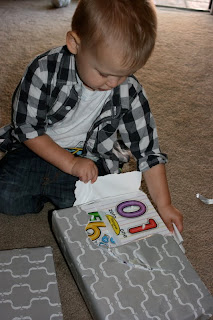 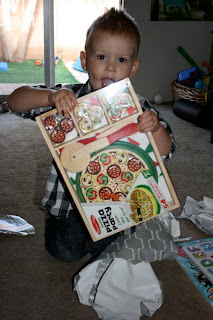 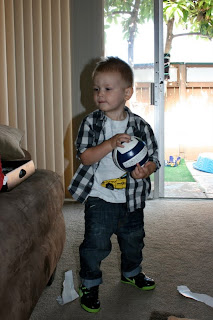 After Cash took a nap, we opened up his presents. We gave him puzzles, some wooden toys, coloring books, sticker books, and a tricycle (that we bought a few months ago and he doesn't really like it unless we push him. Lazy). The Patterson gang got him some sweet BYU gear, mini volleyball included, plus some toys and clothes. He loved opening the presents, but he does it very carefully and slowly. We finished the best day ever at the premiere showing of Cars 2 with all of Cash's California cousins. Hank and Lily were having trouble staying put in the movie theater, so Nikki and Darren took them home. Tim and Heather's kids are pictured below. They gave him some cars for his birthday that he immediately threw into the fountain. Casey rescued them and sacrificed his dry jacket in the process. Anything for Cash.

My sweet little Cash is such an adventurous, curious, funny, bright, strong-willed, laid back, and spunky boy. I love spending time with him and feel honored to be his Mom (or Daddy as he calls both Casey and I).
Posted by Lexi Patterson at 8:51 PM