The AVP 2010 season is going pretty well. It has been a bit of a roller coaster. The first California tournament was in Santa Barbara, where Casey really got his start in beach volleyball. It's definitely a meaningful place for him to play. Casey's family lives in nearby Ventura and my Dad, brother-in-law Jon, and nephew Bennett joined us in cheering for Casey. The only bummer was that Casey and Kevin had some troubles adjusting to the crazy wind and ended up losing on the first day. It could have ruined the whole weekend, but instead we turned it into a little family party at the Patterson's beautiful home in Ventura. We played ping pong and horseshoes, had a picnic, and picked lots of lemons, avocados, and lowquats. All in all, it ended up being a fun weekend despite the hard loss. 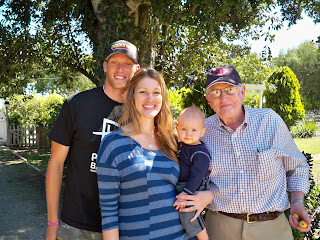 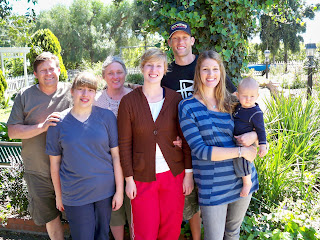 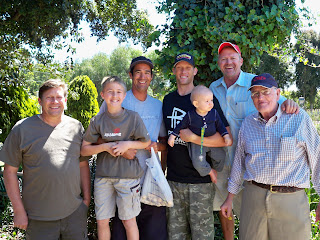 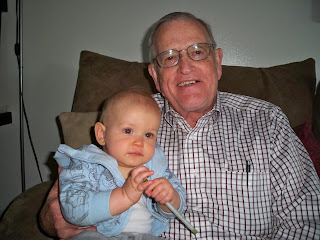 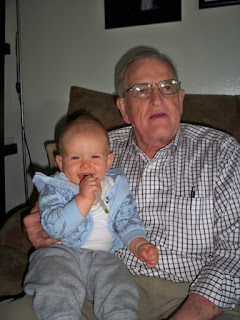 The next local tournament was in Huntington Beach in June. My Dad was able to come watch again along with my brother-in-law Jon and his sons Mitchell and Bennett. We also had the CA crew cheering them on including Casey's family and mine. My cousin Chelsea, her husband Greg, and their two kiddos drove from Arizona to watch the tournament too. We had lots of Casey fans! 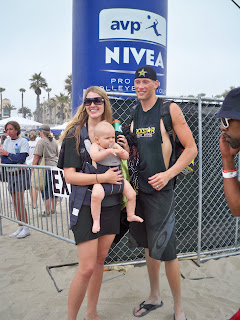 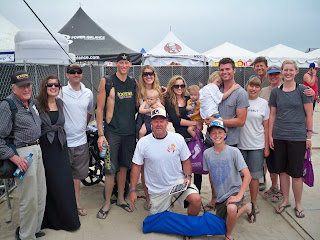 They ended up playing really well. Took Phil and Todd to three games, almost beating them. That is the first set they lost so far this season. And Phil said after the game that it was the toughest match they have faced yet. Pretty awesome. My Dad was so happy to see them take one game from the Olympians. He said he could now die happy. Casey and Kevin ended up taking 3rd place, their best finish this season. It was so fun to see them play in our hometown and have some many supporters there.Cash is their number one fan. But my Dad, Phil Brown, is sure giving him a run for his money. 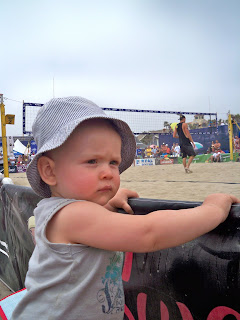 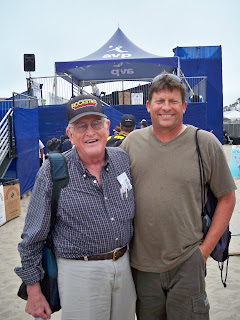 Posted by Lexi Patterson at 8:44 PM