The Beginning of the End

Casey and Kevin played in two more local AVP tournaments in July, Hermosa Beach and Long Beach. Cash and I were there to cheer them on. Cash is turning into a total sand baby. He loves beach time, and gets plenty of it when Dad is playing volleyball. 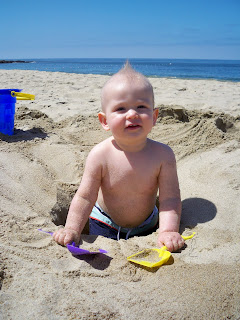 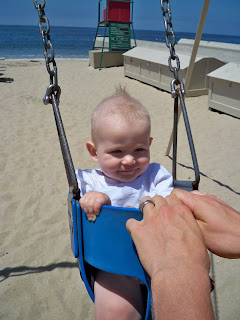 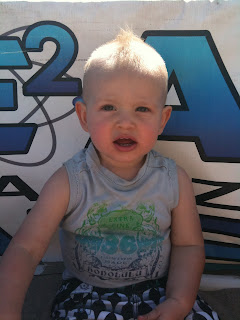 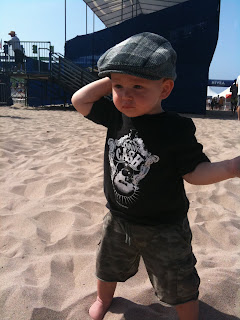 The Moody family (aka die hard Casey/volleyball fans) once again made the trek out to soCal for the Long Beach tournament. It was so good to see them. Especially Mary and Taylor who had just returned from their honeymoon that morning! The cruise they took harbored at Long Beach, so they stopped by the tournament on their way back home. It's always fun to have family there to cheer on Casey. 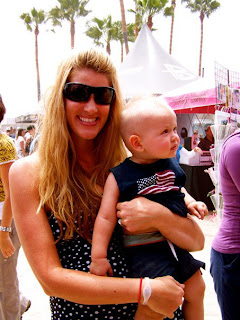 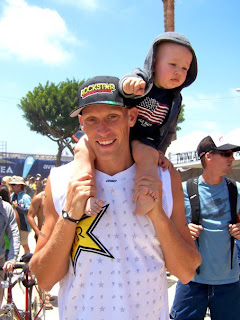 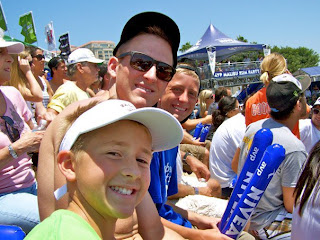 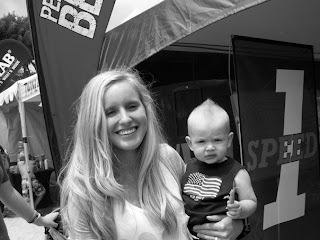 We found out right before the Hermosa Beach tournament that the AVP was in financial trouble and grasping for investments. By the time the Long Beach tournament was underway, the news had come out that the AVP was seriously struggling and might go under. This was devastating news to not only US beach volleyball, but also the Patterson household.
The AVP Tour officially announced that it filed for bankruptcy on August 13, 2010. They cited "financial hardship" as the official reason and cut the 2010 season short. Apparently the owners of the AVP decided to stop funding the tour and they couldn't come up with any more money. I didn't know the struggling economy could affect something as institutional as the sport of beach volleyball. There is a lot of controversy going on behind the scenes and a lot of information coming out about what really happened and money the AVP turned down. But there is no use in talking about it. It's done. The AVP is over. Casey's dream is on hold. And our income just took a serious hit. I just have to remember that everything happens for a reason. Something good will come of this. 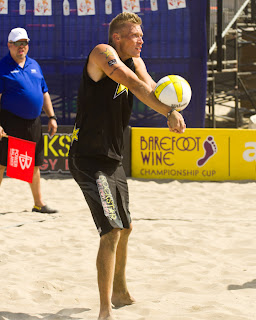 Casey will still be traveling to play on the Corona Wide Open Tour and other events for the rest of the summer. We hope and pray that the AVP Tour will be purchased and rise from the ashes in 2011.
Here is a quote from Casey on www.avp.com.
“The AVP has fulfilled my dreams. The opportunity to play beach volleyball as a means to provide for my family has been better than I ever imagined. I love this sport more than anything. The AVP is and always will be the tour that made my dreams come true.” –Casey Patterson
Posted by Lexi Patterson at 9:46 PM

Hi Lexi! I like your new blog layout. Right after the AVP had officially ended the 2010 season, I was reading through all of the player quotes online, just feeling so sad and depressed. When I read Casey's quote, my eyes literally teared up with how sad the situation is and how meaningful the organization is to so many people. Love you guys. Casey is so talented and passionate and likeable, I know you guys will be fine in the long run even if it might be hard in the short term. It was so fun to see you and hang out with you guys last month in Manhattan. XOXOXOXO.

I am so sad the AVP is done. I was shocked. I kept thinking about you guys and how hard Casey has worked to get where he is at. I hope everything will work out and he can continue playing volleyball to support your family.